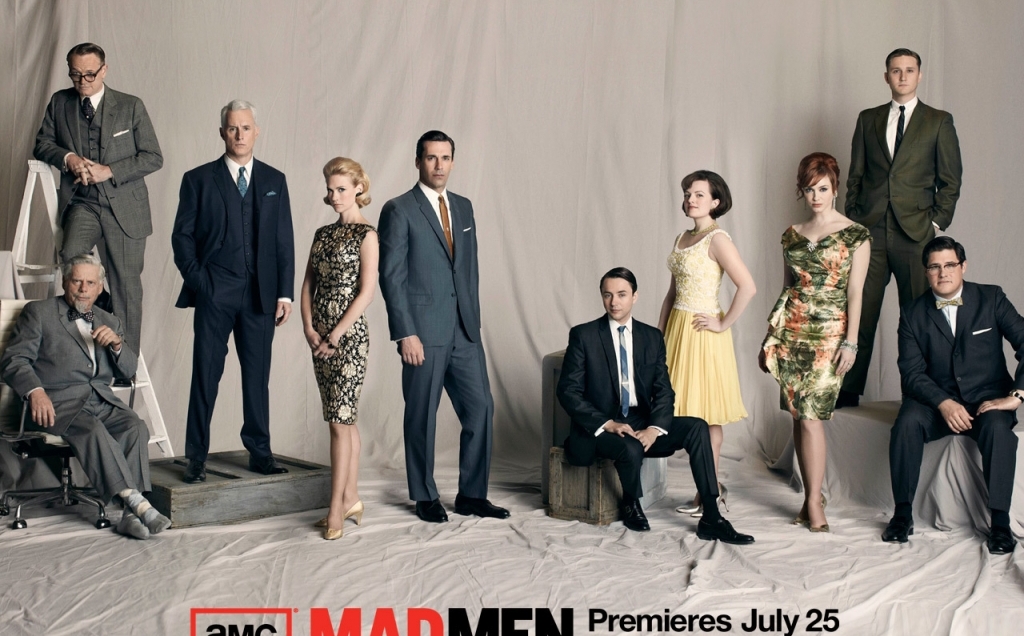 While the men in the office are riveted by the TV set, following every move President Kennedy makes, they are also concerned about the big merger. How will it work? Will anyone get fired? Meanwhile, Peggy and Betty each use impending doom to confront and attempt to make peace with their own issues. It's a doozy of an episode and plenty entertaining, even if it may be one of the gloomiest ever.

Betty Draper: The night opens with Betty at her doctor's office gazing at a picture of deer. An interesting image for a woman about to find out she's pregnant and immediately inquire about an abortion. From there we travel with Betty on the kind of cathartic journey that's been bubbling up in her for two seasons now. She smokes, she drinks, she broods — even when Don shows up with his tail between his legs, she doesn't skip a beat. When he tells her he had to get away for a while to think she responds flatly, "Must be nice, needing time and just taking it, all on your own terms." Oh, snap. Take that, Don. And then she drops the kids off with Don and has sex with a stranger at a bar. I got the sense that she finally understands her own discontent. She seems to place the source and no longer feels like she's the one going crazy. She takes control. It's an extremely satisfying finale to Betty's story this season (though maybe misguided). What do you think?

Peggy Olson: Peggy also faces her past head-on this episode (amazing what the threat of nuclear war will do for one's emotional development, isn't it?). Father Gill lays a humongous pile of guilt and shame onto Peggy, hoping she'll make things right with God ("Don’t you understand that this could be the end of the world and you can go to hell?"). I half expected Peggy to mumble something like, "Thank you Father" and shuffle away — but she doesn't! She stands up for herself and her ideas: "I can't believe that’s how God is." She's bright and perky when Don returns, informing him right away that she landed the Popsicle account. Later, when things get really dark, she responds to Pete's declaration of love (also: OMG Pete declares his love!) with the truth about his baby. The look on Pete's face is priceless when she confesses her entire ordeal and how a piece of her is gone forever. And now Pete's the one crying and Peggy is calm and resigned.