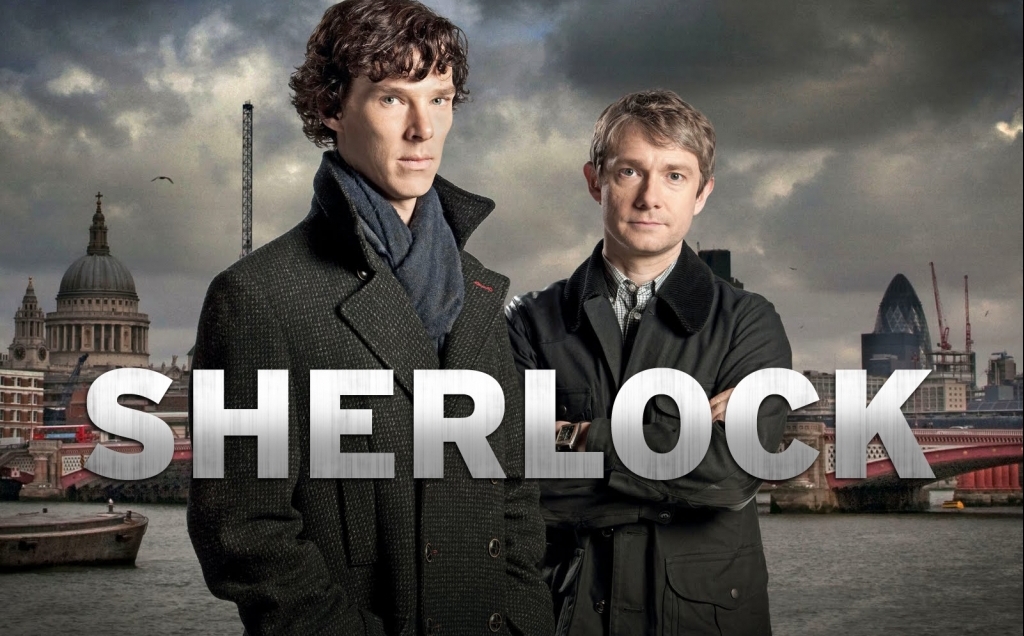 It took me a while to warm up to Guy Ritchie's take on Sherlock Holmes. The whole action hero thing didn't sit well with me. It all seemed too jazzed up, too Hollywood. After my second viewing of Ritchie's stylized Holmes it began to grow on me. Robert Downey Jr. was the perfect person for the role of a man who could, in today's world, probably be diagnosed as a high functioning autistic. So, while Ritchie's update on the world famous fictional detective took a little getting used to, the BBC's new TV series bringing Sherlock Holmes into the 21st century is easy to love right out of the gate.

Imagine Holmes, so fascinated by everything, trying to soak up every ounce of knowledge humanly possible that could at some point help him on a future case. Imagine him in a day and age of computers, the internet, and texting. It's an idea that could go very wrong very fast, but creators Mark Gatiss and Steven Moffat have hit all the right notes (unlike Holmes when he absentmindedly plays his violin while thinking). Updating the story of Sherlock Holmes so drastically is a tricky proposition. Like any famous fictional character, Holmes has some very die hard fans who never like to see the original character tinkered with. You might as well be rewriting the Bible.

Gatiss and Moffat have carefully constructed a modern day Sherlock. He's obsessed with his mobile phone, where he can easily look up information vital to the case on the net. Even though he uses technology to his advantage he still keeps that same old Sherlock Holmes "charm" and only carries around a pocket magnifying glass to examine the evidence.