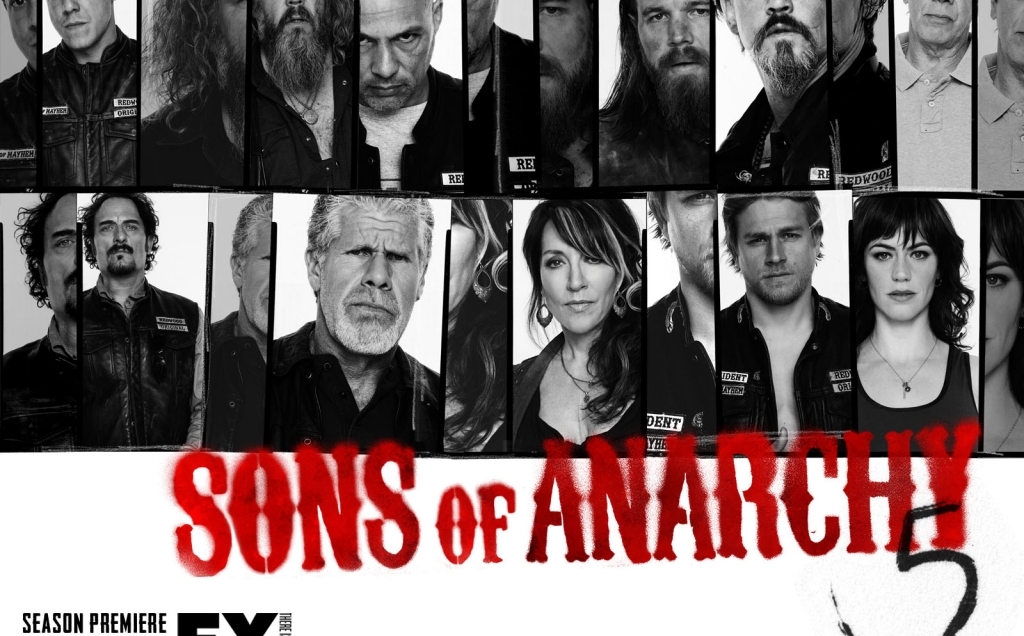 What a difference 13 episodes make! In Sons of Anarchy’s fifth season, we saw enormous changes in the makeup of SAMCRO, not to mention its members. At the beginning of the season, SAMCRO’s old, corrupt guard was out and a new regime was in. Jax had replaced Clay, Bobby was Jax’s right hand man instead of the volatile Tig who supported Clay’s moves, Jax and Tara were happily getting married, and Opie was around. As things progressed and Jax and Clay maneuvered their way in and out of deals, most characters ended up worse off than they were when the season started. All of that chaos and drama is what we came for right? In other words, it was another excellent season.

One hallmark of Sons of Anarchy is the intricately plotted storylines, and Season 5 had no shortage of those. If you don’t think this show is one of the more complicated on television, just try to explain one of the plot threads to someone who doesn’t watch. When a friend of mine who doesn’t follow the show asked me why everyone was so depressed the day after the episode when Opie was killed, I had to go all the way back to Season 1 to start my explanation. Luckily my friend was nice enough to put up with my paragraph-long description. (Her response: “DAAAAMN!”)

The death of Opie in the third episode, “Laying Pipe”, was the turning point of the season, and one of the most shockingly sad things to happen on the show so far. If we take the Hamlet template for Sons of Anarchy, I always saw Opie as the show’s Horatio, and thus he should have stuck around until the bitter end. The way he went out was brutal and heartbreaking. For a much-loved character, it was a tragic end and Ryan Hurst will be missed. Opie’s absence was felt immediately and resonated to the end of the season as Jax became more cynical and ruthless after losing his friend.