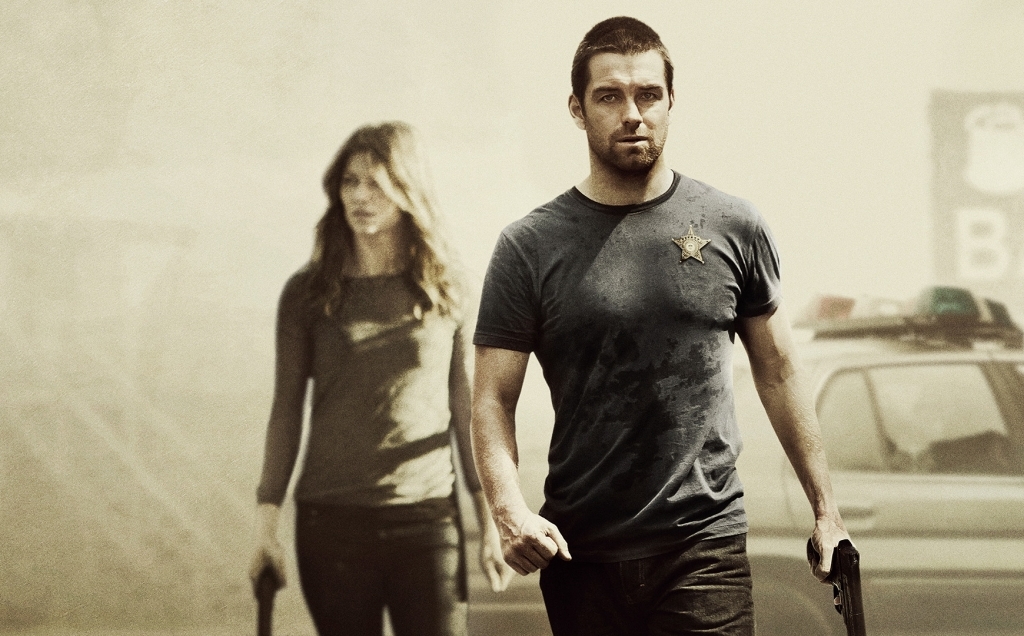 For the first time since the pilot episode, the character given the most focus is Anthony Starr’s Sheriff Lucas Hood. Pre-credits and throughout the episode, we’re treated to some conversations Hood had with his parole officer halfway through his time in prison. We know Hood served his full fifteen-year sentence, so we immediately know this can’t end well but they’re a very nice look at the character in conversation.

Without having to constantly look over his shoulder, Hood comes across as a more relaxed individual. He easily charms the female parole officer and his deduction of her lifestyle is the kind of thing we’re used to seeing Benedict Cumberbatch do in Sherlock. Lucas Hood is so much more than a jewel thief. He is a very intelligent man, sometimes driven to make impulsive decisions by his feelings... like assuming the identity of a dead Sheriff.

In the here and now, the bullets start to fly in Banshee. The end of episode nine led us to believe that Lucas Hood was about to turn around into a small army and hail of gunfire. As it happens there are only three of them, and they’re stood outside. It’s still not so good though as Hood dives for cover. As it all goes quiet, Hood looks directly down the barrel of a gun, only to find that the man holding it is Kai Proctor and Mr. Rabbit’s men lie dead. “I guess you owe me one” Proctor tells Hood in the final time we see them together this season.

The Hood/Proctor dynamic has shifted constantly throughout this season. For weeks we saw one of them go one up against the other, only for the opposition to pull it back the following week. Then Proctor helped out Hood with the location of those pesky bikers back in episode five and Hood made that evidence against Proctor disappear. Since then we’ve been watching Proctor bide his time, knowing that Hood would come to him again after he proved his usefulness. Hood was left with little choice when Rabbit arrived and now, it’s clearly advantage Kai Proctor. Given what happens later in A Mixture of Madness, this may make life very difficult for Lucas Hood.