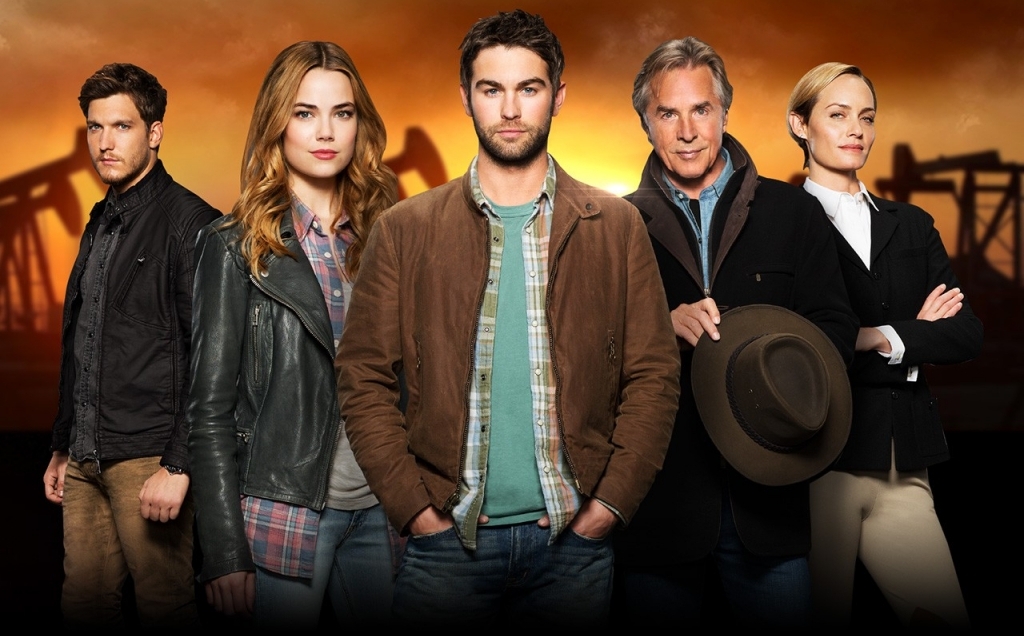 A young married couple of newcomers looks to cash in on the modern-day oil boom in North Dakota and becomes involved with sly local oil baron, Hap Briggs, and his troubled family.

Apparently mixing Blood & Oil doesn't make for a very good TV show. Or at least not one anyone's interested in watching. According to the Hollywood Reporter, ABC has cut the show's episode order from 13 to 10, which means it's canceled, but will still finish out its run.

The series, which stars Don Johnson as a wealthy oil baron and Chace Crawford as an ambitious young man chasing the American dream during the largest oil boom in American history, has been weighing down the network's Sunday evening programming. Sandwiched between Once Upon a Time and the recently picked up for an almost-full season Quantico, the soapy drama debuted with just 6.3 million total viewers and it's been losing eyeballs ever since. The most recent episode notched just 3.5 million viewers. The series also stars Scott Michael Foster (Chasing Life), Rebecca Rittenhouse (Red Band Society), and Amber Valletta (Revenge).

Despite falling ratings, the series was also plagued by behind-the-scenes instability almost from the start. According to reports, the inability to mesh showrunner goals with network demands led to a leadership change and two separate writers' rooms being created over the summer. It doesn't take a genius to figure out why that would lead to issues.

Blood & Oil joins Fox's Minority Report and NBC's The Player in the losers category. Both series have also seen their episode orders cut; Minority Report will wrap up after 10 episodes, and The Player after nine. Meanwhile, Limitless, Rosewood, Blindspot, and Dr. Ken all join Quantico in being picked up for full seasons.