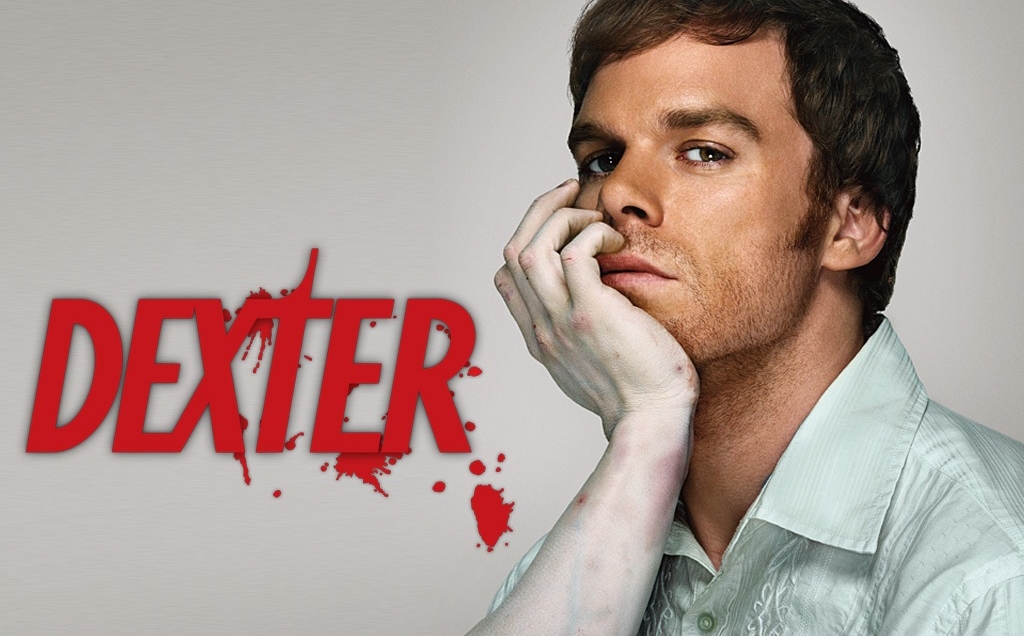 The first season introduces Dexter Morgan, a forensic blood spatter analyst for the Miami Metro Police Department. Dexter is also a serial killer who targets only other killers. How he came to be a serial killer and develop his unique Code of morality is revealed in flashbacks throughout the episodes.

At a young age, an orphaned Dexter is found by police officer Harry Morgan, who adopts the boy. How he lost his parents is a traumatic memory he represses. When Dexter's adopted sister and Harry's daughter Debra ask about Dexter's real parents, Harry only says that they died in a tragic accident. At an early age, Dexter begins killing animals and showing signs that he doesn't emotionally connect with people. Seeing that the boy's homicidal tendencies are rising and can't be fully quelled, Harry decides to help the boy channel them. Harry teaches Dexter how to hide his actions from police investigations and that if he must kill then it should only be murderers who are escaping the law. Dexter comes to refer to these guidelines as "The Code" or "Harry's Code" - Rule 1 is to never be caught, Rule 2 is to only kill those whom he knows without a doubt are killers. Harry's daughter Debra is unaware of her adopted brother's true nature and doesn't know why her father spends so much time with him on "hunting trips." Harry puts off Dexter killing an actual person for as long as possible, but finally gives his adopted son permission to do so when he is in the hospital and realizes his nurse has been killing patients. In season 7, Dexter clarifies that he is 19 years old when he first kills a human being. Harry dies in a hospital a year later, from heart difficulties.

Throughout the season, Dexter (now in his 30s and working for the police) verifies the guilt of his chosen victims before stalking and incapacitating them. As a general rule, he injects them with a tranquilizer that immediately puts them to sleep. Dexter takes the victim to a specially-prepared room, sometimes their own homes, which he has covered entirely in plastic and sometimes decorated with artifacts acknowledging the person's crimes. The victim wakes up naked, immobilized and secured to a table by tape and plastic wrap. Dexter confronts them about their crimes as he uses a scalpel and glass slide to obtain a sample of blood from their right cheek. The blood slide is added to a collection of similar trophies he keeps hidden in his apartment. After killing his victim (sometimes using a weapon that calls back to their own crime), Dexter butchers the body into smaller pieces placed in different trash bags. He then takes his boat The Slice of Life to a special spot of the bay harbor and dumps the bags.

Dexter's life as a killer is a secret from everyone. To appear more normal, he dates Rita, a mother with two children Astor and Cody, whose husband is in jail. Dexter chooses Rita because her abusive past and fear of intimacy means she is not initially interested in sex and he can keep her at a distance. At work, Dexter is seen as a friendly, if occasionally odd colleague with excellent insight on the nature of murderers. His sister Debra Morgan, who works in the vice department at the beginning of the season, regularly goes to Dexter for advice. Dexter's superior Lt. LaGuerta flirts with him and he is considered a friend by CSI Masuka and Detective Angel Batista. Only Sgt. James Doakes is suspicious of Dexter's behavior, believing he takes joy in looking at blood and murder scenes. Doakes doesn't hide his dislike of Dexter.