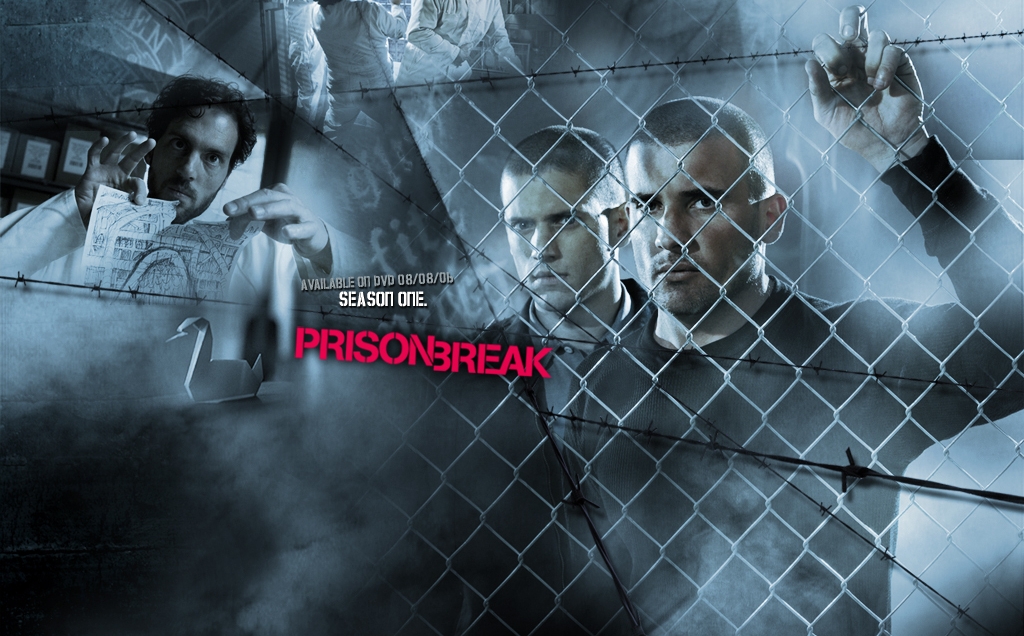 Due to a political conspiracy, an innocent man is sent to death row and his only hope is his brother, who makes it his mission to deliberately get himself sent to the same prison in order to break the both of them out, from the inside out.

Prison Break had a phenomenal debut season. It quickly became one of my must see weekly dramas, and for the second half of the year made a great lead in for 24. I love the high concept that has driven the show. The show has a nice mix of personal drama, and more epic political intrigue. The focus has clearly leaned towards the personal side, and it has worked beautifully.

If you are not familiar with the show, allow me to give you a brief overview: Michael Scofield (Wentworth Miller) fakes an attempt to rob a bank with the express intent of being arrested. His desire is to be incarcerated at the same prison as his brother, Lincoln Burrows (Dominic Purcell), who is sitting on death row, convicted of murdering the Vice President’s brother.

Michael is convinced of his brother’s innocence and has constructed an elaborate plan to break him out. The season follows Michael as he puts his plan into motion, often with the unlikeliest of allies. The show has a great deal of suspense as the plan has to be malleable as problems arise. An interesting thing to note is that Michael has hidden the blueprints of the prison in a large tattoo that completely covers his upper body and arms. On the outside, it is revealed that there is a conspiracy, involving the VP, and Lincoln was indeed framed, but the plot goes far beyond that.